Sarah-Jane Redmond is an actor and acting coach. Redmond's work has spanned film, television and theatre productions, often in science fiction roles. She trained partly under Canadian actor William B. Davis, before founding a theatre group and branching into screen work; later in her career she began teaching acting for the New Image College of Fine Arts in British Columbia, in addition to directing theatre performances at the college. 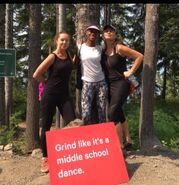 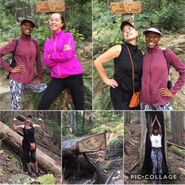 Add a photo to this gallery

Retrieved from "https://siren.fandom.com/wiki/Sarah-Jane_Redmond?oldid=19100"
Community content is available under CC-BY-SA unless otherwise noted.